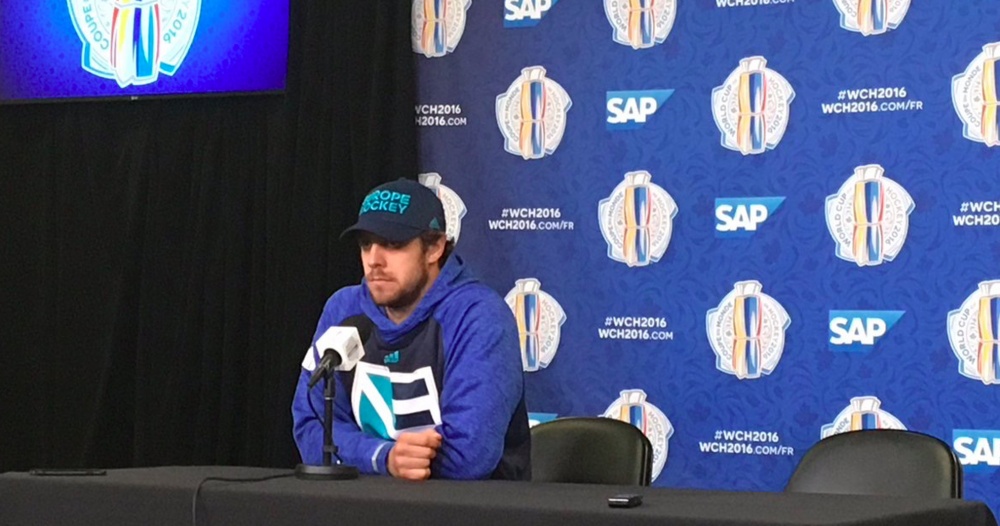 When coach Ralph Krueger looked over his options for captain of Team Europe, he knew he had plenty. Would he go with Zdeno Chara, the captain of the Boston Bruins? Or Mark Streit, an alternate captain for the Philadelphia Flyers? Or Frans Nielsen? Or Dennis Seidenberg? Or Marian Hossa?

But as Krueger filtered through the choices, he finally saw an idea crystalize. He saw what he should do, the best decision he could make. His choice was not just about the player, it was also about Team Europe, about what the team represents, what the team means.

That made Anze Kopitar, the new captain of the Los Angeles Kings, the perfect selection.

"The main reason we took Anze is, really, he's very symbolic of what this Team Europe is about," Krueger told NHL.com on Tuesday. "As the lone NHL player from Slovenia, [Kopitar] has gone through so much adversity to become the player he is.

"Some of the other countries that are more represented here -- Denmark, Germany, Switzerland and Slovakia -- they already have broken the ice. Whereas when you look at [Pierre-Edouard] Bellemare and Kopitar and [Thomas Vanek], you see individual nations, and [Mats] Zuccarello, they are alone."

Kopitar on being named captain

Those four players -- Kopitar from Slovenia, Bellemare from France, Vanek from Austria, and Zuccarello from Norway -- are his country's sole representative playing in the World Cup of Hockey 2016. They are doing their best to be hockey from their nation, at least as far as the NHL and the World Cup are concerned.

So it meant something to choose Kopitar, perhaps beyond what it would have meant to choose, say, Chara.

Krueger knew that no matter whom he selected, he would have strong leadership. But he wanted more than that.

The rest of those leaders won't be left out. Krueger on Tuesday named a five-player leadership group that starts with Kopitar and includes Chara and Streit as alternate captains and Nielsen and Seidenberg as additional members.

"Anze will be leading the charge," Krueger said.

The honor was officially passed along to Kopitar on Tuesday morning, though Krueger had been narrowing the circle for about 10 days, letting the group of five know that they would be among the leaders.

"Very happy, very excited," Kopitar said after practice at Videotron Centre. "At the same time, it's a big honor for me just because of the fact that we have guys that have been captains on their NHL teams, and I have not been; I've been named in L.A., but haven't had any games under my belt.

"So it's a great honor and I think, yes, I'll be wearing the 'C,' but for us to be successful I think the group of leaders are going to obviously help me out and help everybody out."

It's a similar tact to what Kopitar has been saying about his captaincy with the Kings, where he will take over for Dustin Brown this season, given the delicate task of replacing someone who remains his teammate.

Kopitar has already used those leadership and hockey skills to great effect, taking Slovenia through the Olympic qualifying process to snag one of the final spots for the 2018 PyeongChang Olympics. It's another step forward for a country that debuted in the 2014 Sochi Olympics.

It's not always easy for Kopitar to be the sole NHL player from his country, even if that helped in his selection as the captain of Team Europe.

"It is very unfortunate that we don't have anyone else, but it is what it is right now," Kopitar said. "Hopefully now that we qualified for the Olympics for the second time, hopefully we do take a step in the right direction and try to showcase hockey a little bit more, try to grow the game.

"But at the same time with the economy and everything, it's tough. Plain and simple, if there's no money, it's tough because it's a pretty expensive sport. You can't just build rinks left and right with no agenda, so hopefully in the next few years somebody else is going to break through and be here."

International play has always been significant for Kopitar, for being seen, noticed, and taken seriously as a hockey player.

"Looking back, that was my stage for me," the 29-year-old said. "Now this is 15 years ago, but that was a stage for me to kind of showcase myself, to maybe go and get a team like I did in Sweden and go play juniors there and try to take the next step and then the next one."

That was where Krueger first saw Kopitar, playing against Krueger's son, Justin. Krueger saw them play as Under-18s and again as Under-20s, in a final between Germany (for whom his son plays) and Slovenia in Bled, Slovenia. He remembered Kopitar playing in light green gloves. He remembered him dominating.

"I've always looked at that as a nice springboard," Kopitar said. "And I'm sure the kids nowadays are doing the exact same thing. It's usually a short tournament with games packed in, the scouts are there, the European team scouting is there too. You just try to showcase yourself as much as you can.

"At the same time, it's always a great privilege to play for your country, and it hasn't been any different from a couple days ago when we qualified for the Olympics or two years ago when we played in the world championships. I've always loved to play for Slovenia. I've always taken pride in that."

Now Slovenia, a country building its hockey profile, can take pride in him too, this time as Anze Kopitar, captain of Team Europe.

UEFA @UEFA
RT @UEFA: ⚽ The 2020 UEFA #SuperCup ball will be specially designed by children from all over Europe! 🥇 The @UEFA_Foundation’s 18 lucky w…
08 Jan 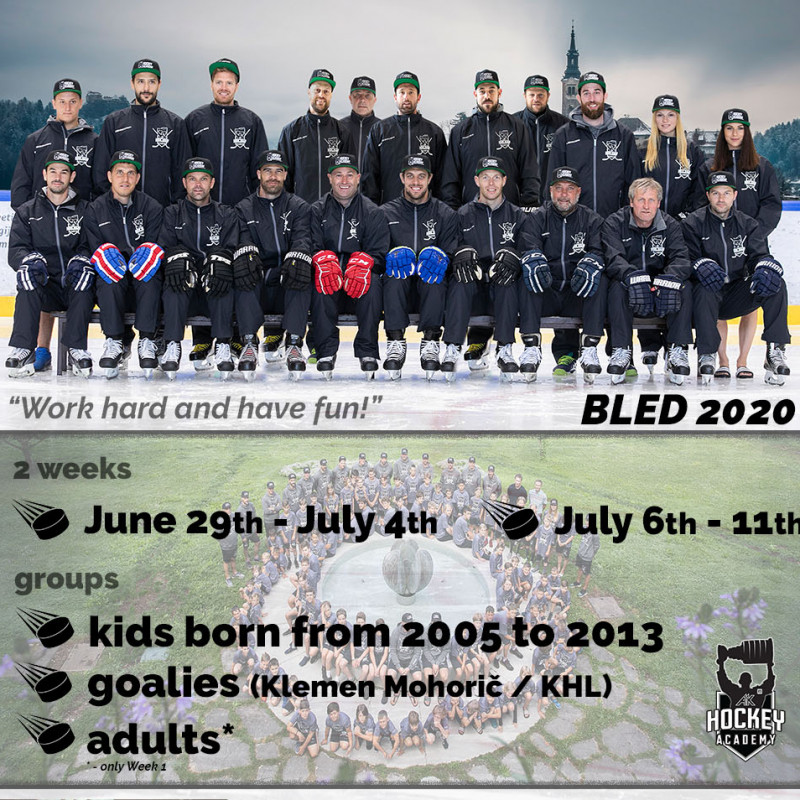 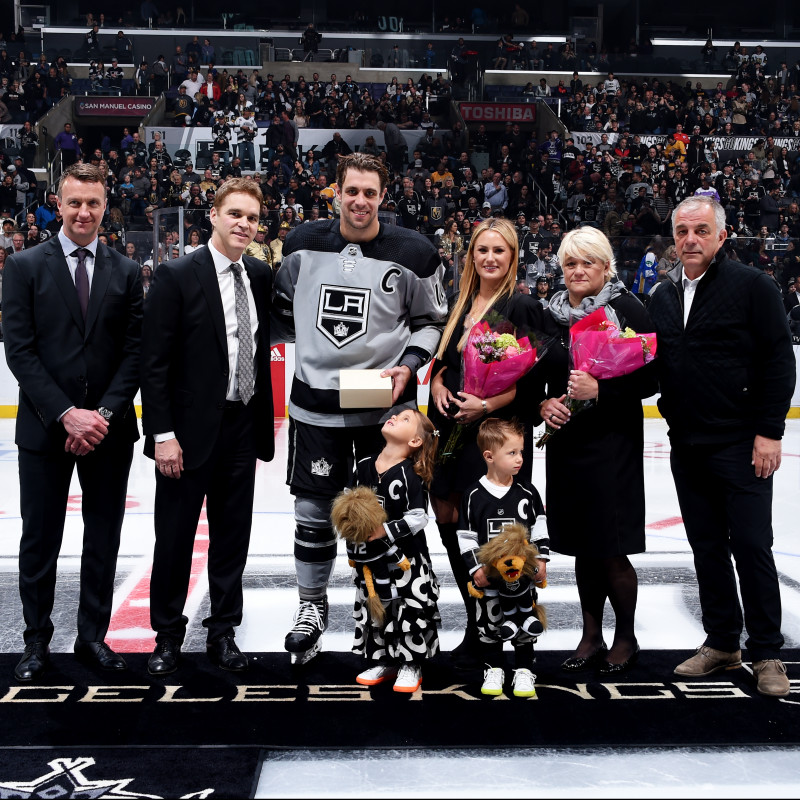 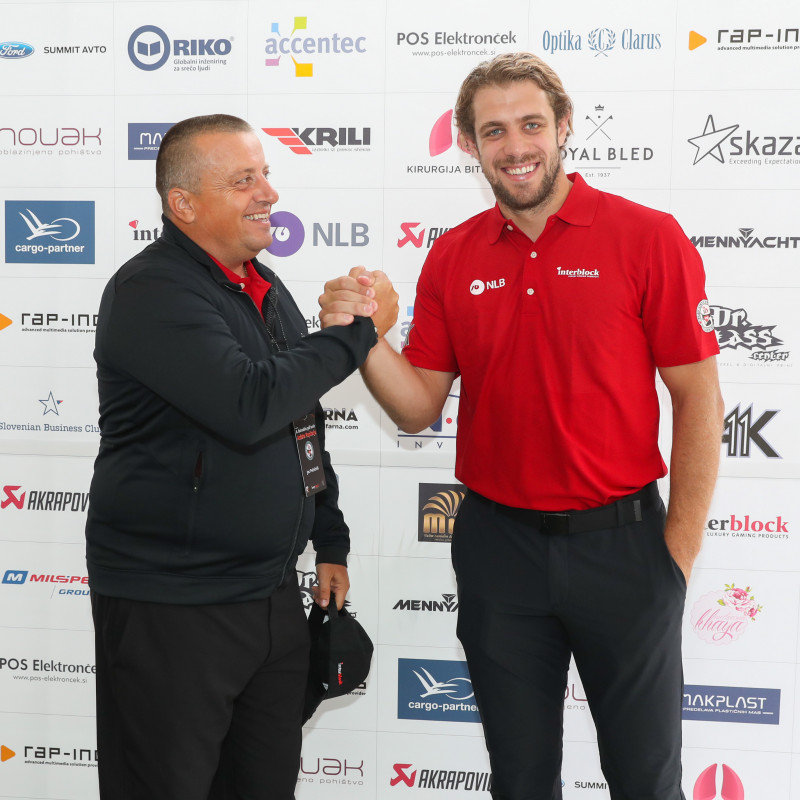 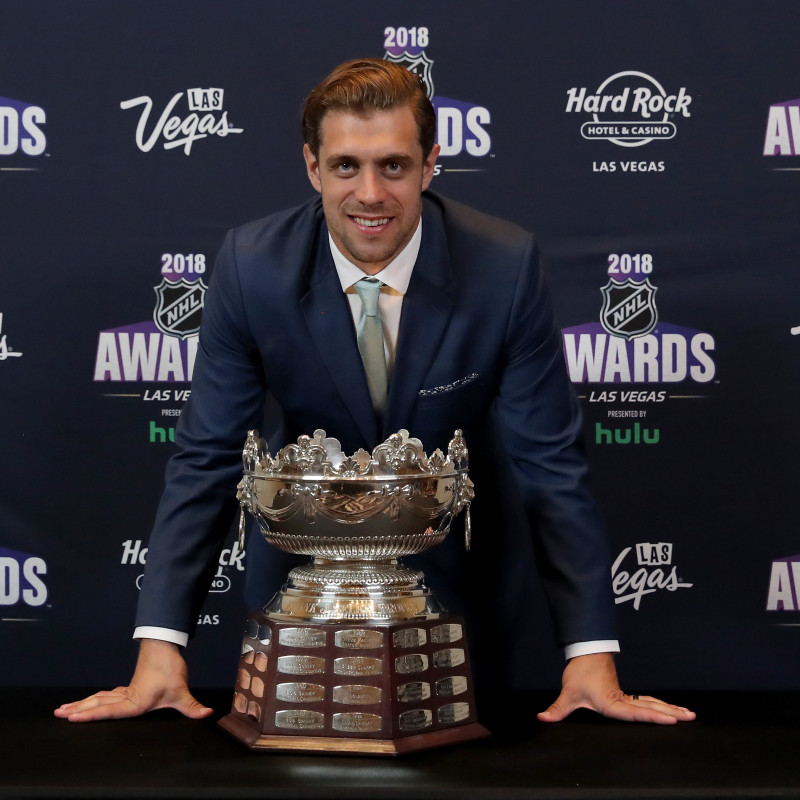