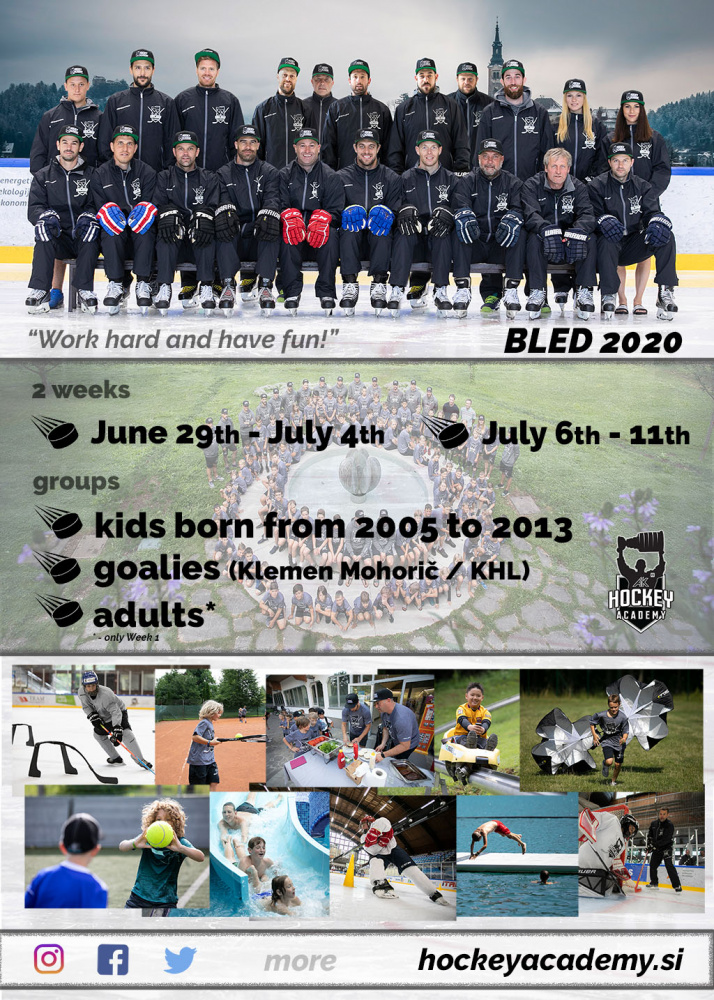 The Anže Kopitar and Tomaž Razingar Ice Hockey Academy is named after two of the most successful Slovenian ice hockey players of all time.

Playing in the NHL, the most elite hockey league in the world, Anže Kopitar won the prestigious Stanley Cup twice during 2012 and 2014, both times as the leading scorer of the playoffs and MVP for the LA Kings.

Apart from the permanent mark he left on the Slovenian national team, for which he played a record 212 games, Tomaž Razingar has thrilled ice hockey fans across Europe and, at the start of his career, on the other side of the Atlantic, where his team became ECHL champions.

Both players made an indelible impression at the Sochi Olympic Games, where the Slovenian national team, led by Matjaž Kopitar, sensationally placed seventh.