"We set ourselves a new goal"

In the last December week Anže's team Mora has lost one game and won one. Anže spoke with us for the last time this year. 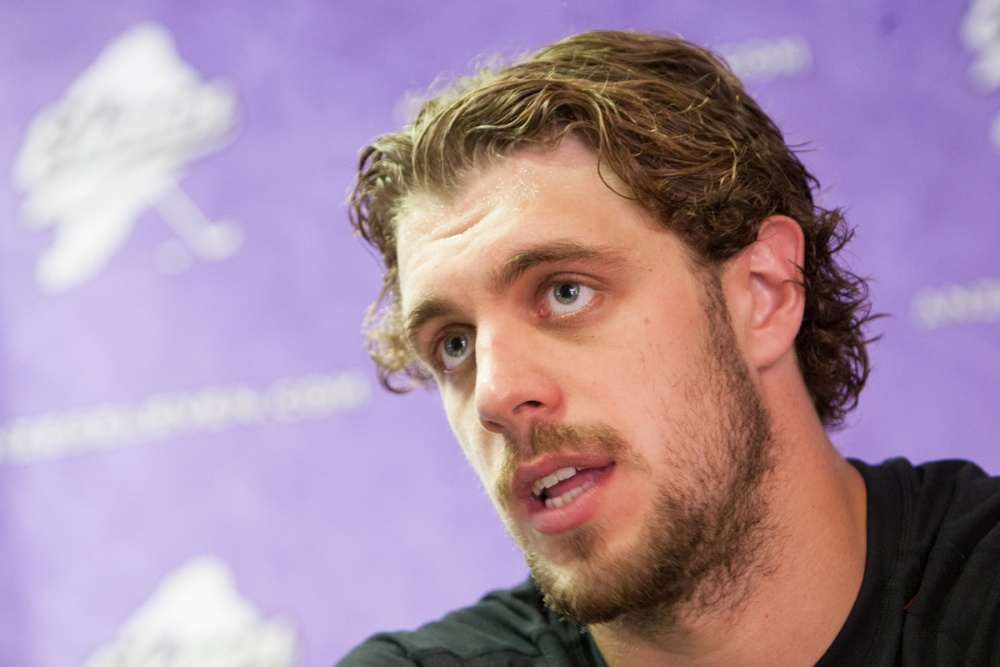 On Thursday Mora played against the leading team Bofors. Mora IK won infront of a home crowd, 6:3. “It was a very positive game, because of two things- we won and we showed that we can play on a high level. We believe in ourselves that we can keep such high level of play thruout the entire season. That's why we set ourselves a new goal... To play the same way till the end. With that kind of play we should win a lot more games.” Mateja and Matjaž, Gašper and Anže's parents watched the game in Mora. The first line Anže, Gašper and Anaheim Duck's star Bobby Ryan combined for 9 points, Anže alone 4 (goal and three assists).

Anže showed some of his magic when he scored a highlight reel goal and took Mora into lead with 3:2. “A goal like that is something special, it does not happen that often. Everithing went by plan and i am happy i scored. It was probably a bit more dinamic than usual but a goal is a goal. It doesn't matter what kind of goal, all that matters is that the puck crosses the goal line.”

The game in Leksland was a bit different. Infront of a 7.650 loud fans Mora lost the game 3:0. First time in 18 rounds that Mora didn't score.

“We had some chances, I hit the crossbar, plus added some nice shots but it didn'go in. It was that kind of day when nothing bounces the way you want it. Thats sport. Sometimes it goes, the other times it doesn't. We played hard against Leksland as we always do but unfortunetly it didn't end as we wanted to. We have to look forward and prepare ourselves for the next game.” Anže said about the game.

The new year's eve will probably be as usual. “We have a dinner with the team and that's it. On January the 3rd we have the next game, so in two practices that we have, we need to get ready for th next game and win it.“

Mora is awaiting Örebro that is just a point ahead of them in the standings. Than on Saturday Mora plays in Stockholm Globen arena against Leksland. They will have a good chance to pay back the loss in the last december week.