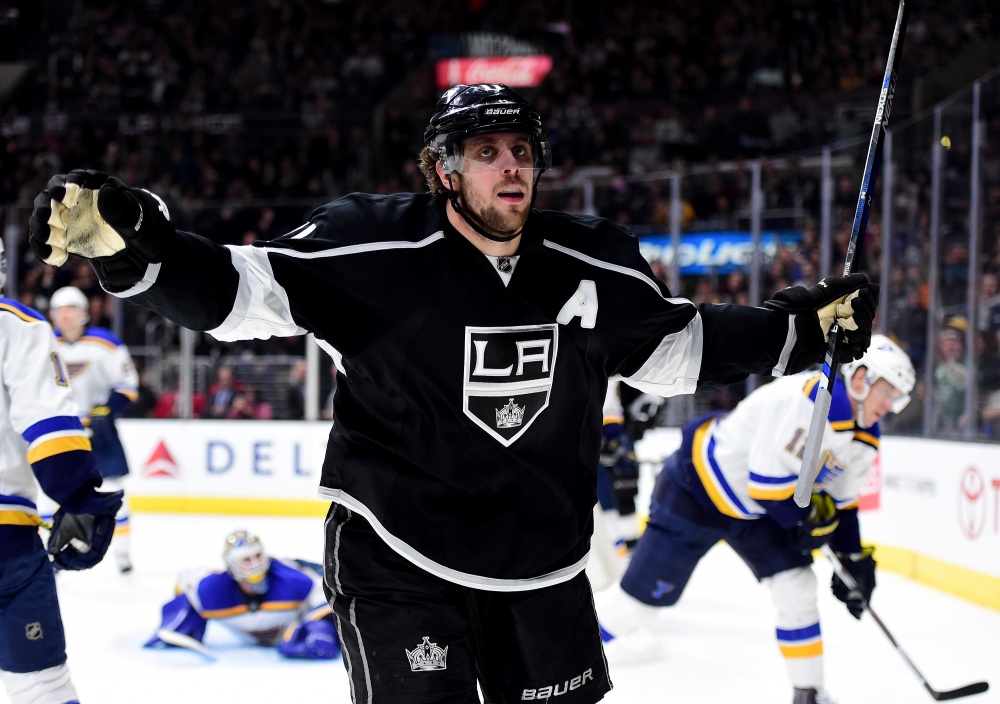 Kane tied for the League lead in points with seven (4-3—7) as the Blackhawks (31-13-4, 66 points) won all four starts to move into first place in the Central Division. Kane began the week by recording one assist in a 3-2 victory over the Nashville Predators Jan. 12. On Jan. 14 he was held pointless in a 2-1 win over the Montreal Canadiens before notching his first career regular-season hat trick (623 GP) - including the game-winning goal - and adding one assist in a 4-1 win over the Toronto Maple Leafs on Jan. 15. Kane closed the week by recording one goal and one assist in a 5-2 win over Montreal on Jan. 17 to help the Blackhawks equal a franchise record with 11 consecutive victories. The 27 year-old Buffalo, NY, native leads the League in goals (29), assists (40) and points (69).

Kopitar tied for the League lead with seven points (2-5—7) in three games as the Pacific Division-leading Kings (28-13-3, 59 points) gained four of a possible six standings points. Kopitar opened the week by notching one goal and three assists in a 4-2 win over the Detroit Red Wings on Jan. 11. On Jan. 16, he recorded one assist in a 5-3 loss to the Ottawa Senators. Kopitar finished the week with one goal and one assist in a 3-2 victory over the Anaheim Ducks on Jan. 17. The 28-year-old Jesenice, Slovenia, native is skating in his 10th season with the Kings and leads the team in assists (25) and points (38) this season.